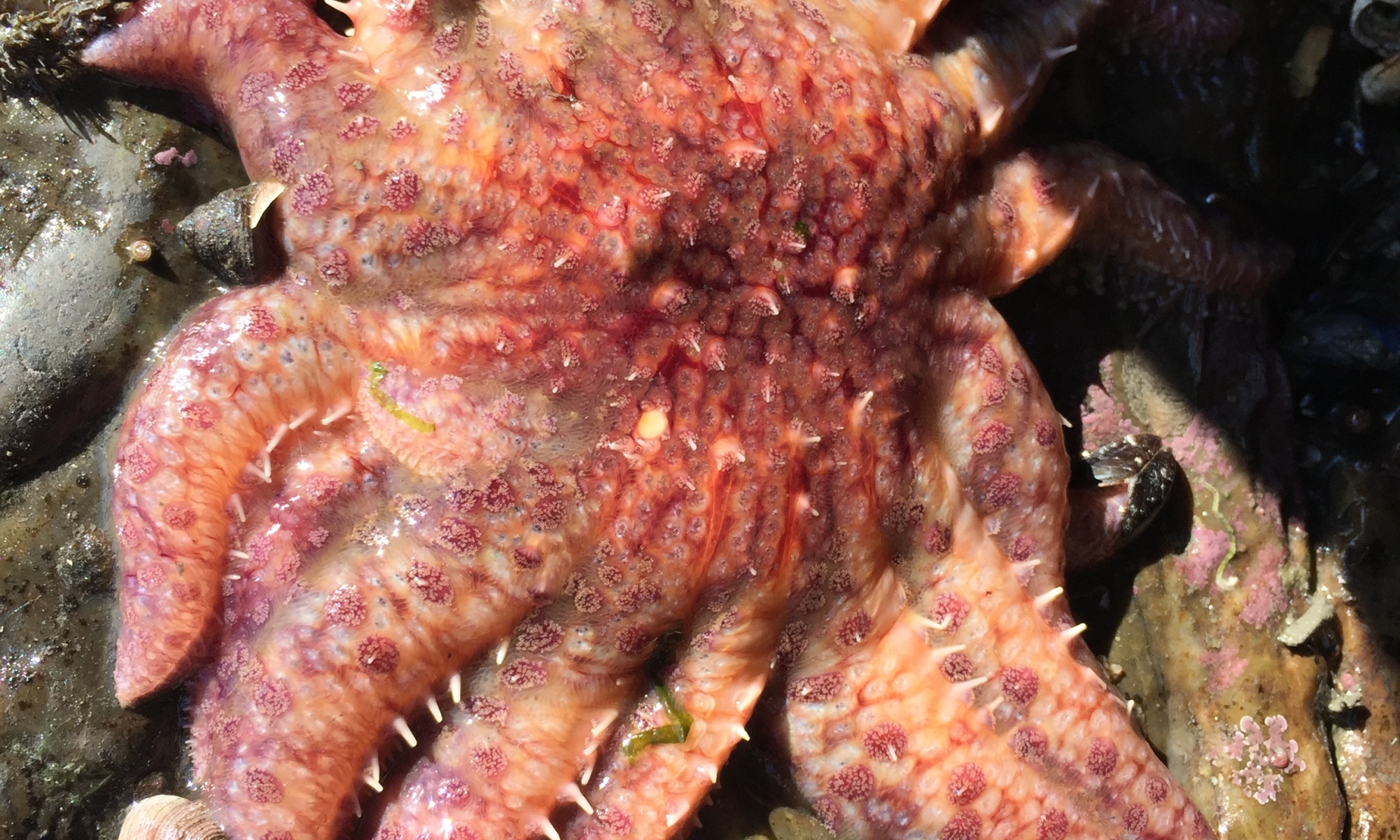 Later this week, R/V Tiglax will depart the Homer Harbor in Homer, Alaska and begin the trip ‘around the corner.’  From the Homer Harbor, she will enter Kachemak Bay, flow into the larger Cook Inlet, and enter the Northern Gulf of Alaska and the North Pacific Ocean. Veering to the east, and then north, she will arrive in Seward, Alaska. That trip will take about 3 days, with stops along the way for some research near the Barren Islands. Meanwhile, I’ll be working in Homer for a few extra days before I begin my own trip to Seward. I will travel on the road system, first heading north and then jaunting southeast to Seward.  It will take me 3.5 hours to drive there.

However you get there, Seward and the Northern Gulf of Alaska Long-Term Ecological Research project area are just around the corner from Homer.  Homer is the place where I was born and raised, the place where I became inspired by science, the place where I now have the incredible privilege of working as an environmental educator for students participating in field trips and intensive field study programs from Homer, around Alaska, and beyond.  At the Center for Alaskan Coastal Studies (CACS), one of the highlights of my job is guiding youth and adults into the intertidal zone to explore the amazing biodiversity that exists there.

In my lifetime as a Homer resident, and over the past 12 years as an educator in Kachemak Bay, I have witnessed seemingly unfathomable changes in the Bay’s ecosystems.  These changes have been concerning to all of us who live here and are sustained by Kachemak Bay.  Most recently, we watched as many species of sea stars succumbed to sea star wasting syndrome, their bodies deteriorating and falling apart in the intertidal zone. By fall of 2016, only leather stars (Dermasterias imbricata) seemed to remain.  But over the past year, we’ve watched as true stars (Evasterias troschelii), blood stars (Henricia spp.), little six-rayed stars (Leptasterias spp.), and others have begun to reappear in the tidepools.

This past week, I was lucky enough to be the naturalist educator for students from West Homer Elementary as they spent 3 days in a remote part of Kachemak Bay.  This was particularly poignant for me, as many of my most treasured memories from my own elementary school experience come from a similar field trip with CACS in 4th grade.   That trip helped to inspire me towards a life of curiosity and wonder, passion for science and teaching, and commitment to stewardship of ecosystem and community.

So it was even more special that on this trip we observed a wonderfully diverse array of sea star species, including over a dozen sunflower stars (Pycnopodia helianthoides). I’ve only seen a couple of these magnificent sea stars since they all-but disappeared from Kachemak Bay in August 2016, leaving behind only eery piles of white goo.  Their absence hurt my heart, and the potential impacts of losing this important predator reverberated in my brain.  Though the future of these stars remains unknown, it was such a joy and relief to see a good number of apparently healthy sunflower stars in the intertidal this week!

The Northern Gulf of Alaska Long-Term Ecological Research (LTER) site was created, in part, to develop an understanding of the response and resiliency of the Northern Gulf of Alaska to climate variability.  In a time when people, young and old, across Alaska and beyond are increasingly concerned about impacts of climate change, it can be challenging for educators to get youth involved in ways that aren’t overwhelming, saddening, or frustrating.  Part of my work at CACS has been thinking and working with teachers, community educators, and researchers about how we can engage youth in ways that are realistic but hopeful and proactive.  The idea that I’ll be learning about not just climate impacts but the potential resiliency of the Northern Gulf of Alaska is so cool!  I’m excited to find out more about the unique species, life cycles, and natural histories that make the Gulf of Alaska such a good place to study ecosystem resiliency, and I’m inspired to learn more about other ecosystems close to Kachemak Bay and their own potential resilience.

I am really looking forward to my time on R/V Tiglax in the Gulf of Alaska!