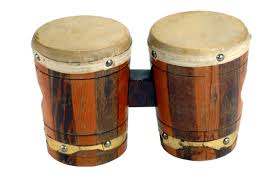 You are correct!  This is a Marine Assessment Monitoring and Prediction (MARMAP) Bongo tow with two 20cm and two 60 cm ring openings!  The 60 cm ring has a 500µm mesh net and the 20 cm ring has a 150µm.  I knew that most of you would guess the correct answer.  These nets are towed through the ocean to collect zooplankton samples. Plankton are important members of the ocean food web converting energy from the primary producer level into a form that is useable by animals in the upper levels of the marine food web. The word plankton is derived from the Greek word planktos, which means wandering.  Plankton drift, or swim weakly, traveling wherever the ocean takes them.  Phytoplankton are able to produce their own food (autotrophic), as the name suggests, via the process of photosynthesis. Zooplankton are heterotrophic and eat the primary producers in the ocean food web, the phytoplankton.  Zooplankton are the most numerous consumers in the entire ocean with nearly every major animal group being represented.   The most abundant, accounting for 70% of individuals, are copepods (crustaceans).  You are all probably most familiar with the organism within this group known as krill.  They are very abundant in the waters of the Arctic.

These shrimp-like marine organisms grow no larger than 4 to 6 cm and serve as food for baleen whales, penguins, seals, fish, sea birds, and many other predators.  80(+) species of krill have been identified in oceans around the world. Their habitats range from abyssal depths (5,000 m) to near shore kelp beds (10 m), and from warm tropical seas to the freezing Antarctic Ocean. (http://oceanexplorer.noaa.gov/explorations/02quest/background/krill/krill.html)

Marine scientist use bongo nets to catch these small creatures and study them. The net size is selected to catch zooplankton as opposed to smaller phytoplankton.  The bongo net has a flow meter installed in each net to calculate the volume of water sampled.   Plankton tows can be done at any depth or time of day and the samples are caught in a small rigid container, the codend.

The Bongo tow used on this cruise also has attached an SBE-19 SEACAT system which measures salinity, depth, and temperature.

Additionally deployed on this cruise were drogue drifters.  Drogue drifters help determine the flow of ocean currents using a sort of “message in a bottle” approach, the drogue drifter, which is connected to a surface buoy.  The buoy communicates its location to an ARGOS satellite system producing a map of its path.  The drogue portion is really a “holey-sock” that flows below the surface to indicate subsurface ocean currents.

Overnight on the 7th we turned north-north-west hoping to sample water near the edge of the ice sheet.  We found ice much earlier than hoped and at approximately 0630 a decision was made that we could travel no further!  Upon collecting a sample at this station we turned south to sample along the 70 meter line for several miles.

Ice as seen from the bridge(Photo courtesy of Matt Wilson)

Sampling continues around the clock now that all of the moorings have been deployed.  I continue to collect nutrient samples from each CTD launch, usually 5 to 7 per draw, assist with washing the Bongo nets, and helping wherever I can .  Our midnight to noon shift goes by quickly.  After my shift I have been relaxing by reading and then going to bed by 0300 before waking at 2300.  Now that we are heading south our satellite “issues” have been resolved and so the internet works great.  Keep those questions coming.

We had an abandon ship drill today and I finally was able to “slip” into my Survivor Suit!  You will get to meet the science crew in my next blog!