Science & Technology Log: walleye pollock, which is an important fish species here in Alaska. Walleye pollock make up 56.3% of the groundfish catch in Alaska (http://www.afsc.noaa.gov/species/pollock.php), and chances are you’ve eaten it before.  It’s a commonly used fish in all of the fast food restaurants, in fish sticks, and it’s also used to make imitation crab meat.

Our first catch had a little over 300 walleye pollock, and we processed all of them. Three hundred is an ideal sample size for this species. If, for example, we had caught 2,000 pollock, we would only have processed 300 of the fish, and we would have released the rest of them back into the ocean.  Check out the photos/captions below to see how we process the catch. 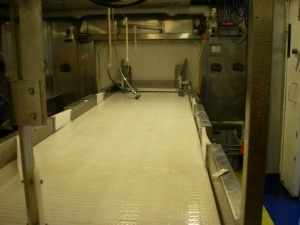 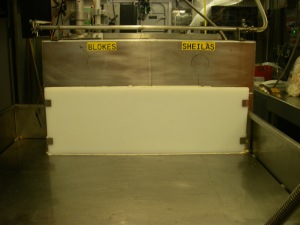 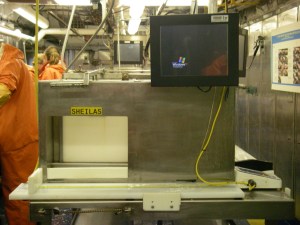 After sexing, we then measured the length of each fish. There’s a ruler embedded in the lab table, and we laid each fish down on the ruler. Then we put a hand-held sensor at the caudal (tail) fin of the fish, and the total length was recorded on a computer. 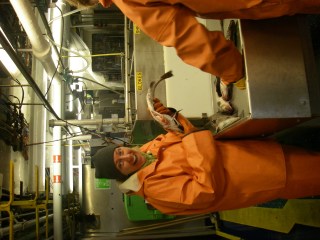 We also removed and preserved 20 stomachs from randomly selected fish in order to (later) analyze what they had been eating prior to them being caught. One of the last things we do is collect otoliths from each of those 20 fish. Otoliths are ear bones, and they are used to determine the age of a fish- they have rings, similar to what you see in trees.

Here’s a look at some of the bycatch in our nets: 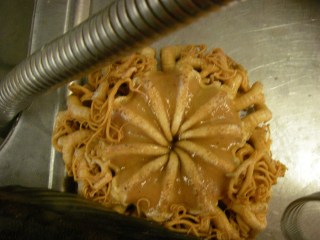 Basket Star. Marine 1: What phylum are sea stars in? 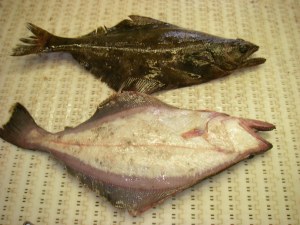 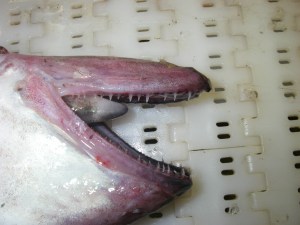 Animals Spotted:
walleye pollock
chum salmon
rockfish
arrowtooth flounder
squid
basket star
Northern Fulmars
Gulls
Albatross (couldn’t tell what kind)
* I did spot some kind of pinniped yesterday, but have no idea what exactly it was!
Personal Log:
I was very excited that we finally got to fish today!!  As an added bonus, we caught 2 salmon in the trawl, which means we’re having salmon for dinner tonight!  We we supposed the have teriyaki steak, but the cook has changed it to teriyaki salmon instead 🙂  I didn’t get any pics of them because my gloves were covered in fish scales, blood, and guts by that point and I didn’t want to get any of that funk on my camera 🙂
We passed by Dutch Harbor yesterday- it should sound familiar if you watch Deadliest Catch.  We didn’t go into the Harbor, so no, I didn’t see any of the crab boats or any of the guys from the show!  Below are some pics of the Aleutian Islands that I’ve see thus far…many more to come, since we still have another 13 days (give or take) of sailing left! 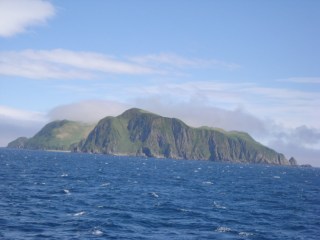 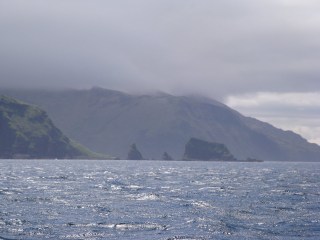 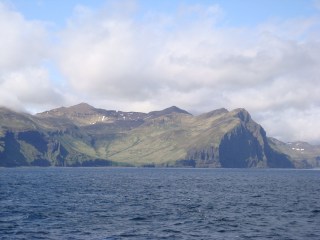 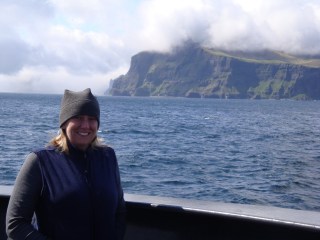 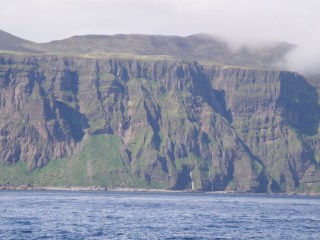 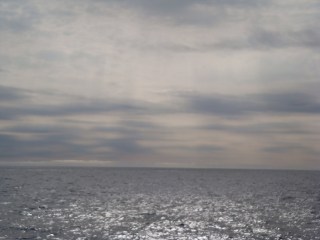 QUESTION(S) OF THE DAY: